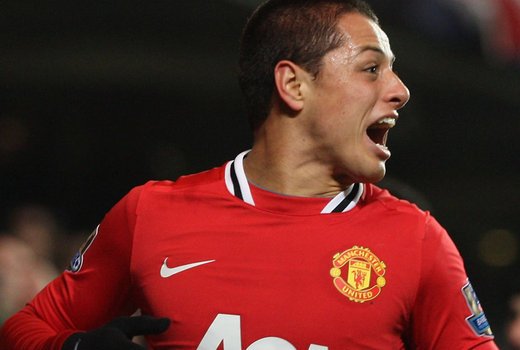 Javier Hernandez says he's "delighted" Ryan Giggs has signed a contract extension that will keep the Welshman at Old Trafford until the end of the 2012/13 season.

Chicharito grew up watching Giggs – indeed, Hernandez was just two years old when Ryan made his Reds debut – and now the Mexican goal-getter says he learns from the veteran every single day.

"It is unbelievable news," Hernandez said of Giggs' new deal. "Ryan is a great player. He is a legend here. He is a very good example for football players all over the world, not only those at this club. We are delighted about it. Of course you learn from him. It doesn't matter that I'm a striker and he isn't.

Hernandez knows as well as anybody else the continued value of Giggs' presence on the pitch. After all, it was the 38-year-old's cross at Stamford Bridge last weekend that the Mexican headed home to complete a sensational comeback.

"We are fighting for the title and will do that all season. Every Manchester United fan, all the players, the staff and the gaffer, want to fight. We want to win the league."