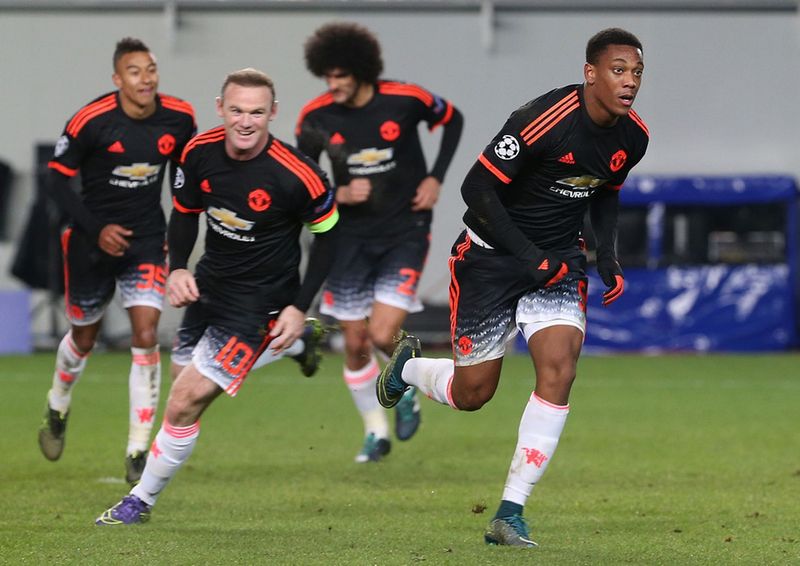 Manchester United came from a goal down in Russia to earn a vital point against CSKA Moscow after dominating proceedings at Arena Khimki.
It was an eventful night for Reds striker Anthony Martial who conceded a penalty at one end and netted a superb header at the other. Seydou Doumbia had put the Russian side ahead on 15 minutes, blasting home from close-range after Roman Eremenko’s spot-kick had been well saved by David De Gea. But Martial atoned for his handball not long after the hour-mark with a brilliantly directed header, in off the post, to help United claim an important point in Group B.
Louis van Gaal, perhaps with one eye on Sunday’s Manchester derby, made two changes to the team that eased past Everton at the weekend. Antonio Valencia, United’s match-winner against CSKA Moscow six years ago, came in at right-back to replace Matteo Darmian, while Jesse Lingard, who performed admirably in the second half on Merseyside, made his Champions League debut in place of Juan Mata. There was a familiar face in the opposition line-up with former Reds winger Zoran Tosic on the right flank for CSKA who came into the game unbeaten at home for six months. 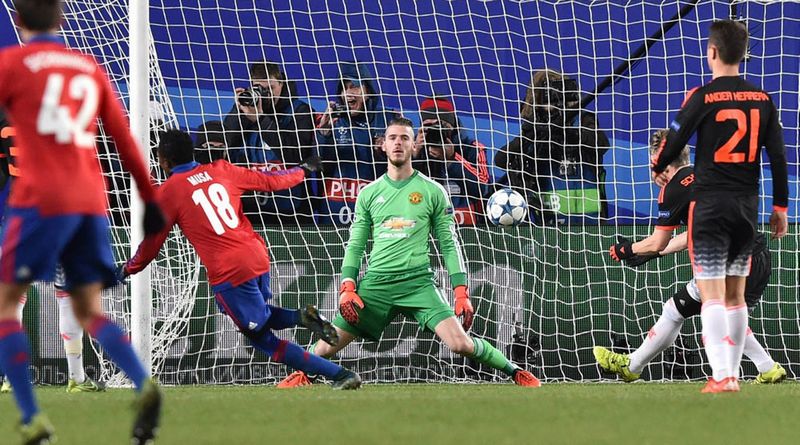 With every team in Group B on three points you expected a tight opening to the match, played in near-freezing conditions, and that it was, although United had plenty of possession. It was therefore something of a surprise to see CSKA take the lead on 15 minutes, despite De Gea’s best efforts. Having initially saved Mario Fernandes’ shot, it turned out the referee had already blown up for a penalty after Fernandes’ flick was handled by Martial. Eremenko stepped up to take the spot-kick and despite De Gea pushing the ball onto the post, Doumbia was the fastest player to follow up as he swept home the rebound.
Things almost got worse for the Reds on half-hour mark when the pacey Ahmed Musa turned and took aim from 30 yards, but De Gea leapt high to tip the dipping shot over the bar. 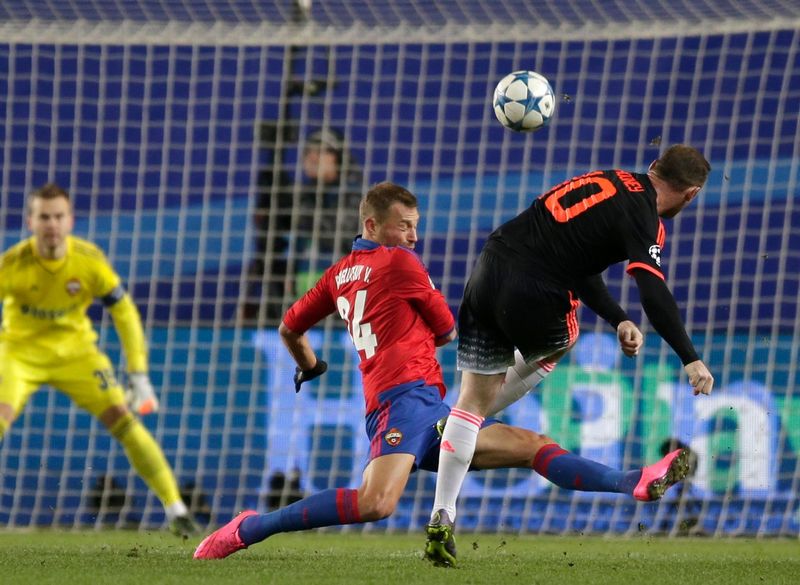 More possession followed for the Reds before the break, but a 25-yard shot from Wayne Rooney, which dropped wide, was the only real effort of any note.

Possession: CSKA 32% United 68%
Shots: CSKA 5 United 3
Shot on target: CSKA 3 United 1
Corners: CSKA 2 United 0
Marouane Fellaini entered the fray at the restart with Bastian Schweinsteiger making way. The pattern of the second half mirrored that of the first with plenty of possession for the Reds, but very little to show for it.
Rooney got a glimpse of goal on the hour when he met Ander Herrera's cross from the right with his head, but CSKA goalkeeper Igor Akinfeev was on hand to claim.
The best opening of the match thus far arrived three minutes later when Herrera put Lingard through, but the youngster didn’t connect properly and could only steer the ball into the goalkeeper’s arms. 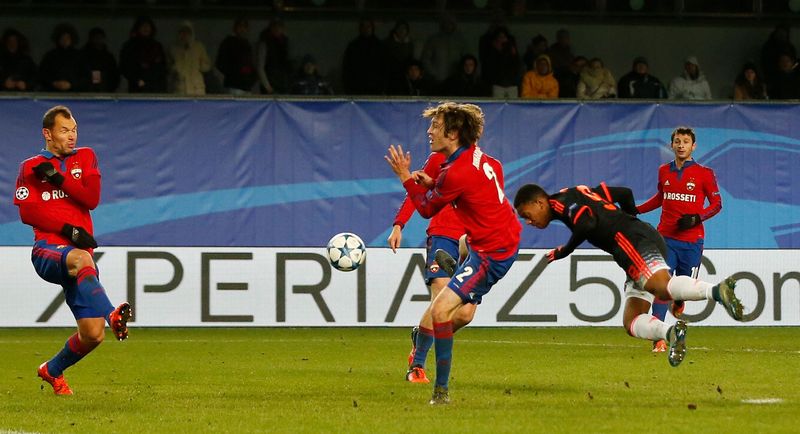 A United goal looked imminent and it duly arrived on 65 minutes. Valencia powered down the right and sent in a cross which was met by a fine header from Martial which rolled in off the post.

The Reds had a chance to win the match with four minutes left when substitute Memphis Depay’s curling cross was met by Martial, who pulled it back for Fellaini, but Akinfeev just managed to push the ball clear before the Belgian pounced.
That proved to be the last opportunity for United, who will now look forward to meeting CSKA again at Old Trafford on 3 November.

"I don’t think we played too fast in ball possession, it was too slow in the first half. We improved that in the second half and scored a fantastic goal. We could have won but 'could have' doesn't count in football." - Louis van Gaal

"Martial didn’t let his head go down because that [conceding a penalty] can happen to anyone. Anthony scored a great goal and after that we pushed on but we could not score the second goal which was a shame.” - Morgan Schneiderlin

#MUFC came from a goal down in Russia to earn a vital point against CSKA Moscow after dominating proceedings at Arena Khimki.