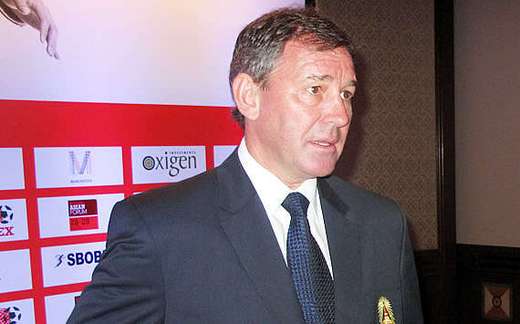 Bryan Robson reckons United’s old boys’ network will outrun City in the race for the title.

And Robson, who won two Premier League titles at United during a glorious playing career, believes Sir Alex Ferguson’s side could even be crowned champions at the Etihad Stadium on April 30.

That’s when the Manchester giants go head-to-head in a potentially title-deciding derby.

Robson says United’s know-how will ultimately see them kill off Roberto Mancini’s hopes of making City champions for the first time since 1968.

“When I look at our boys and the City boys, when it comes to handling the pressure I know for a fact we will just keep playing the same way we’ve been playing all season,” said Robson. “They will not get nervous about it because they’ve been there and done it all before.

“Some of the City players, you don’t know how they are going to handle it. Are they going to get nervous if they are not playing quite so well? We don’t know because they have not been in this situation.”

While Mancini has been able to fill his squad with some of the biggest names in football like David Silva, Yaya Toure and Sergio Aguero, Robson insists United’s veterans hold the edge.

He said: “With players like Ryan Giggs, Paul Scholes and now Rio Ferdinand, you just have to watch the way they play when the pressure is on them.

“A lot of players cannot do that because they try too hard, go down a different path and it might not work.”

Robson is looking for a titanic clash at the Etihad, which is only three games before the end of the season.

“City have got a really good team,” he said, speaking ahead of the Soccerex European Forum to be held in Manchester next week. “They are a strong squad and they can beat anybody on their day.

“There won’t be a massive gap. It’s still in the balance because it is a massive game at the Etihad. If City win the derby then it is all up for grabs. But I think if United can win there then that would be the end of it.”