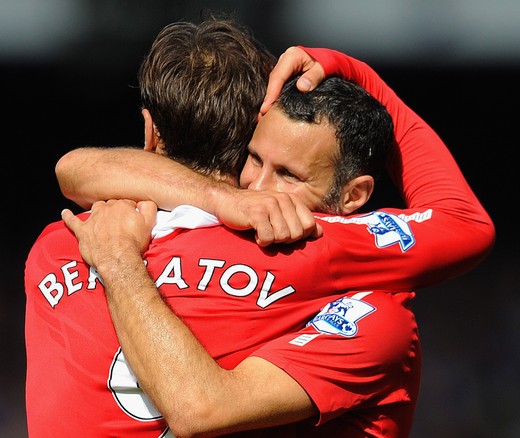 Ryan Giggs is looking forward to welcoming Dimitar Berbatov and his Fulham team-mates to Old Trafford for the FA Cup fourth round, but insists Manchester United's goodwill will end when the match begins.

"It will be good to see Berba," Giggs told MUTV after the Reds' 1-0 win against West Ham on Wednesday night.

"He gave United great service and he was such a talent. We'll have to keep an eye on him. It will be nice to see him again and I'm sure the crowd will give him a good reception."

But while Giggs and many United fans are relishing seeing Berbatov at Old Trafford again, they'll be hoping the Bulgarian doesn't help Fulham knock Sir Alex's men out of a competition the Reds haven't won since 2004.

"We haven't done as well as we should have done in the FA Cup over the last 10 years," Giggs admitted. "We had a great record in the 1990's and now we want to get to the final and give ourselves a chance of winning it.

"There are so many players in that dressing room who have won a lot but haven't won the FA Cup. We want to go far."