Ander Herrera had picture of Ryan Giggs in his house 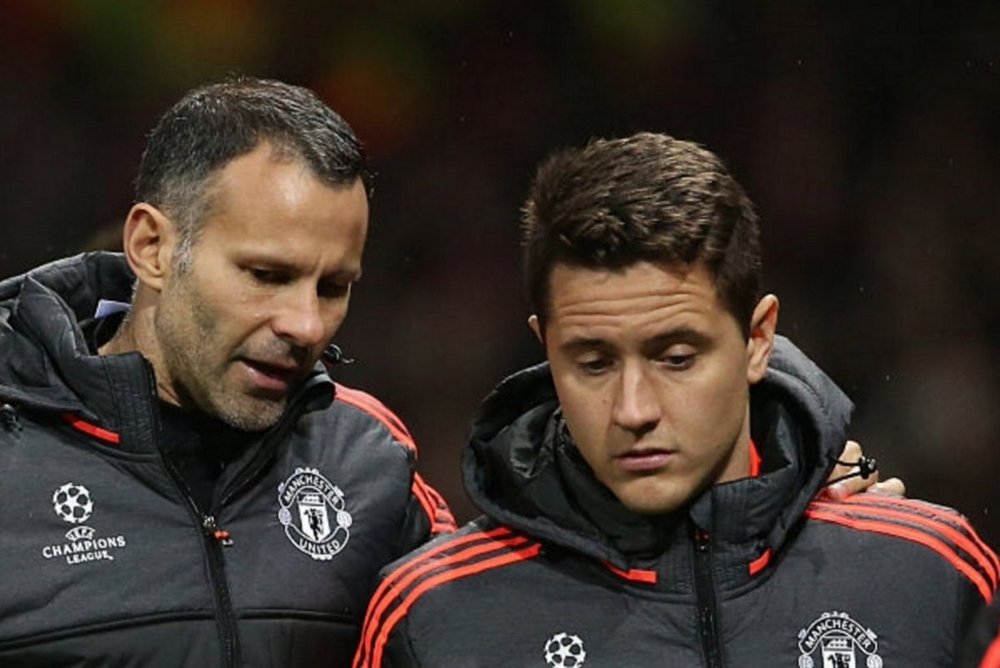 Ander Herrera has revealed he had a picture of Manchester United legend Ryan Giggs in his house before joining the club.

The Spain international came up against United in 2012 when he was at Athletic Bilbao, and the Europa League fixture gave Herrera a chance to line-up next to one of his idols.

Looking back at the clash, Herrera admits it was special playing against Giggs, who made over 900 appearances for the Red Devils in a staggering 24 years at the club.

‘The memories are fantastic because we won against a fantastic team,’ Herrera, 27, told the United website.

‘I had the chance to play against Ryan Giggs, which was important to me because I had his picture at my home.

‘I remember we brought a lot of people over from Bilbao, it was an amazing day for Athletic to win in front of maybe 12,000 or 13,000 fans here.

‘We played very well and at the end of the game I will never forget the way the United fans applauded us, it was amazing.’

Herrera has been an important player for Jose Mourinho this season and has already notched up 22 appearances for United.