ALEXANDRA BURKE never struck me as a football fan, so it's impressive how excited she was when she went to see the Manchester United lads train yesterday.

The singer was up north for last night's gig in Blackpool and decided to drop in on the Red Devils. 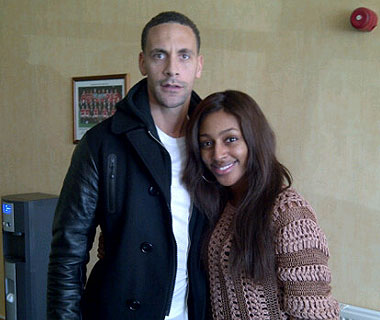 She tweeted: "So, I'm up early and making the most of it!

"I'm going to watch the Man United players train! Biggest cheesy smile ever on my face!"

Alex posted snaps of herself with RYAN GIGGS and RIO FERDINAND.