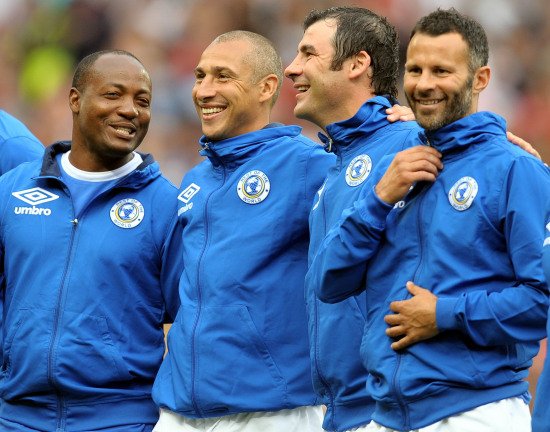 A star-studied Rest of the World line-up beat England on penalties in a charity match for Soccer Aid at Old Trafford.

The friendly raised over £2 million for charity UNICEF and featured a host of ex-players and celebrities.

Redknapp opened the scoring for England at the end of the opening half before Shearer and Sheringham linked-up well for the latter to head home in the second period.

The money raised will help UNICEF continue to provide long-term humanitarian and developmental assistance to children and mothers in developing countries.