Tottenham Hotspur scored three times inside six second-half minutes to inflict a chastening 3-0 defeat on Manchester United, leaving the Reds four points shy of the Barclays Premier League top four.
Dele Alli, Toby Alderweireld and Erik Lamela scored the quickfire goals that secured Spurs' first victory over United at White Hart Lane in 15 matches, since a 3-1 win in May, 2001. The result means qualification to next season’s UEFA Champions League looks a tall order for Louis van Gaal's men with only six top-flight matches left to play this season.
Kick-off at White Hart Lane was delayed by 30 minutes due to United’s team bus being stuck in traffic and that meant the Reds had to complete a much shorter warm-up than normal, although that didn’t appear to make an impact in the opening exchanges of the first half. Van Gaal’s men controlled much of the ball and registered shots at goal through Jesse Lingard and Tim Fosu-Mensah, the powerful Dutch youngster who was recalled to the XI in place of Matteo Darmian. 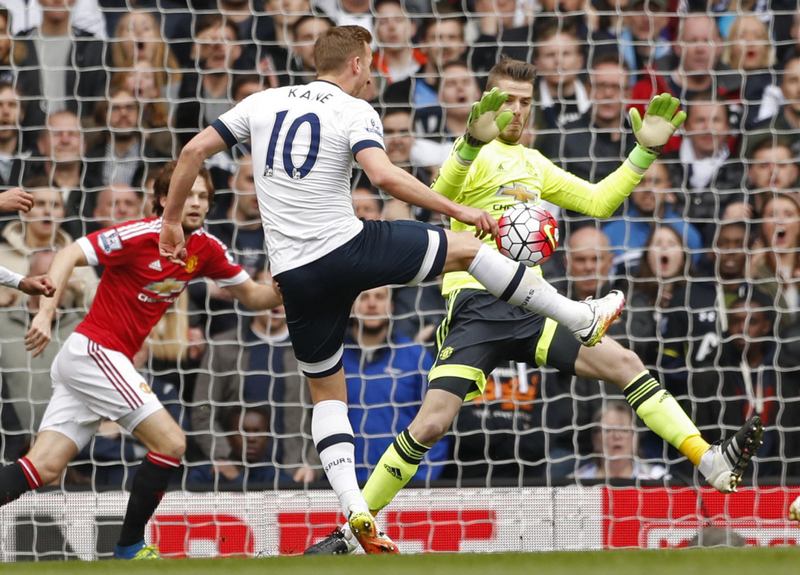 Title-chasing Tottenham needed to win the game following Leicester City’s 2-0 win at Sunderland earlier in the day and Mauricio Pochettino's men began to show their quality as the half ticked on, with an offside Harry Kane forcing a point-blank save from David De Gea and Christian Eriksen curling wide, before Erik Lamela spurned an excellent chance when his free header flew wide of the back post just before the half-hour mark.
Ahead of Sunday’s game, Spurs boasted the Premier League’s best defensive record in terms of goals conceded (25) and United were also top of the division’s clean sheets table with 15, so it was perhaps unsurprising that the score remained goalless following a competitive and studious first half at White Hart Lane.

Possession: Tottenham 41% United 59%
Shots at goal: Tottenham 4 United 2
Shots on target: Tottenham 0 United 0
Corners: Tottenham 1 United 3
Ashley Young replaced Marcus Rashford at the beginning of the second half to make his first senior appearance since 17 January in the 1-0 win at Liverpool. The 30-year-old displayed his versatility by playing as United’s sole striker, a role that he had played to good effect for the Under-21s against Chelsea at Old Trafford earlier in the week.
Tottenham restarted the match with greater pace and De Gea was quickly forced into action to repel two powerful shots on 50 minutes, firstly from the lively Eriksen and then from the in-form Eric Dier, before Kane forced another save from the Spaniard moments later as Spurs flexed their attacking muscles. 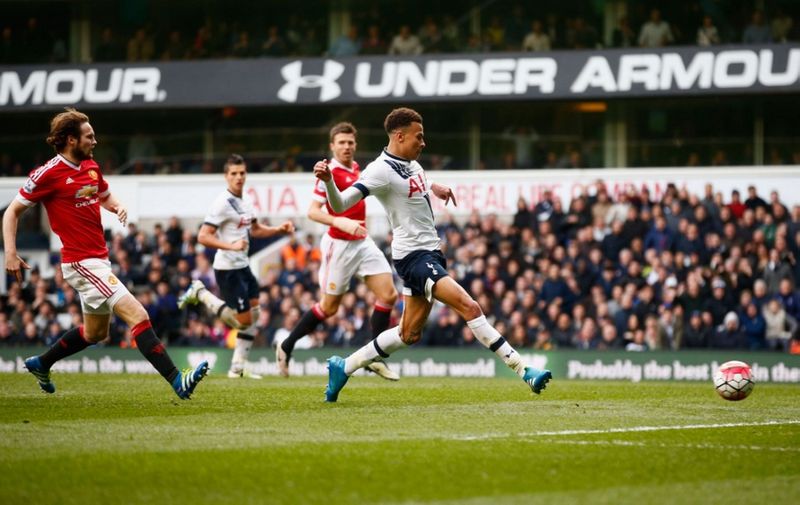 The game was lacking a real moment in quality with both sides repeatedly giving the ball away, although Anthony Martial almost broke the deadlock on 62 minutes with a superb individual effort. He cut inside from the left wing to dribble past three Tottenham markers and hit a powerful strike that was saved by Hugo Lloris, his captain with the French national team. 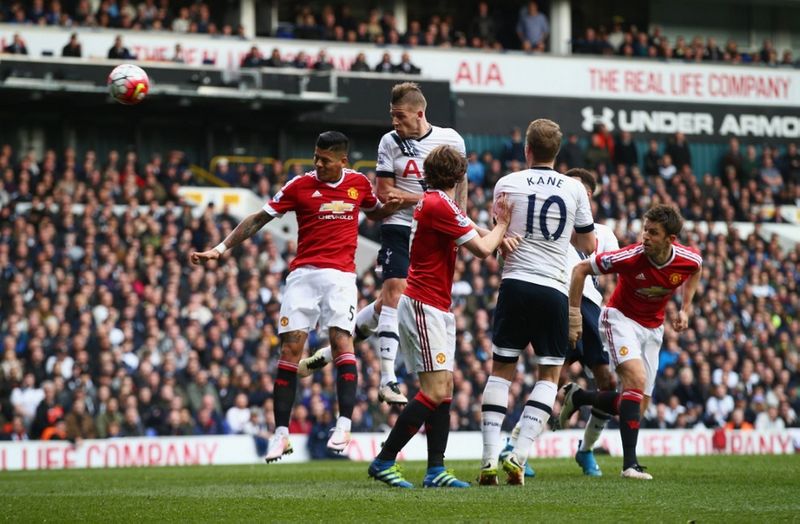 Just as United eyed a narrow win in the final third of the match, Tottenham floored the Reds by ruthlessly scoring three goals in just six minutes. Alli notched the first with a cool finish past De Gea from Eriksen’s left-wing cross and Alderweireld swiftly headed home the second from Lamela’s pinpoint free-kick. Argentina international Lamela then latched onto Danny Rose’s assist to complete the match’s decisive spell by drilling past the exposed De Gea. 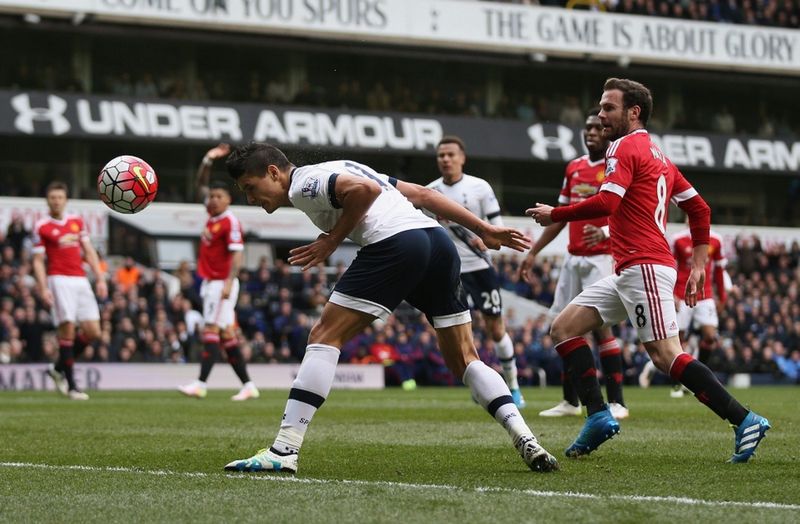 Sunday's result in north London means it is now extremely difficult for United to qualify for next season's Champions League, with Manchester City four points ahead, which presumably places a greater emphasis on the Reds' Emirates FA Cup campaign ahead of its resumption with the quarter-final replay at West Ham in midweek.