Manchester United were held to a third successive goalless stalemate, on a frustrating afternoon against Crystal Palace at Selhurst Park.
Palace's Yannick Bolasie came closest to breaking the deadlock when his effort came back off the woodwork early on, during a game in which both teams proved difficult to break down.
Louis van Gaal made seven changes from the side that was knocked out of the Capital One Cup by Middlesbrough in midweek, with David De Gea, Bastian Schweinsteiger, Anthony Martial and Wayne Rooney among those returning to the line-up. Meanwhile, 17-year-old defender Axel Tuanzebe was handed a place on the bench. 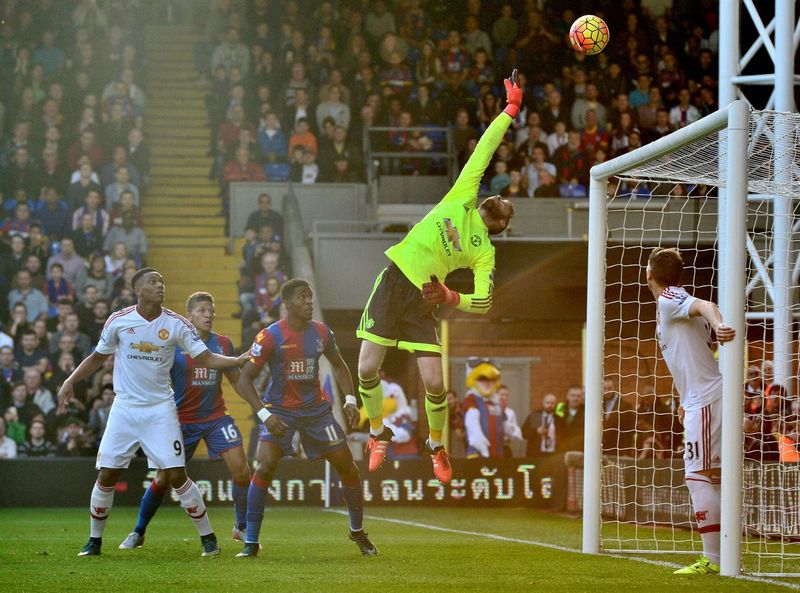 With the Reds looking to start quickly, the game’s first opportunity fell for the hosts in just the second minute, as Dwight Gayle’s drive forced De Gea into a low save. Alan Pardew’s side, roared on by the vociferous home support, continued to apply pressure in the opening stages but were denied by the Spanish keeper again shortly afterwards when Bolasie’s shot was superbly tipped onto the bar. De Gea was called into further action from the resulting corner, getting a hand to Scott Dann’s goalbound header.
After a slow start, United grew into the game and fashioned chances at the other end. Rooney’s inch-perfect, diagonal ball found Ander Herrera, though no-one was there to meet the midfielder’s volleyed cross. The Reds captain looked eager to make an impact on the game and, after seeing a 25-yard free-kick saved by Wayne Hennessey, came agonisingly close to reaching Martial’s defence-splitting pass on the half hour mark. 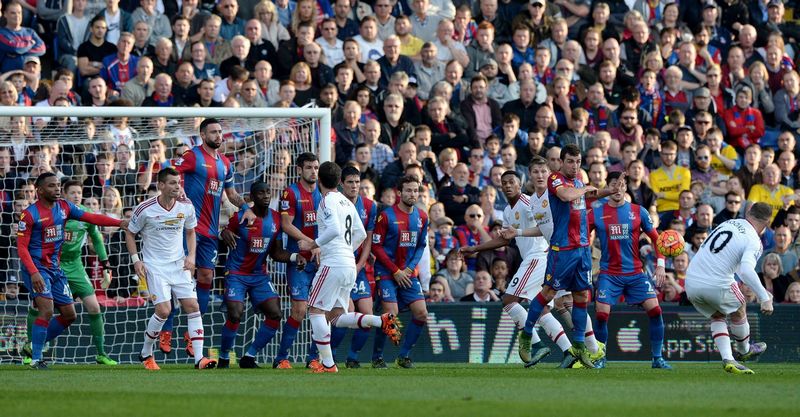 Palace remained a danger on the counter attack, and might have taken the lead through Gayle, but the striker couldn’t make proper contact with Yohan Cabaye’s clever flicked pass. It was United who almost took an advantage into the break though when Herrera stretched to reach Martial’s cut-back, but could only fire wide.

Possession: Palace 39% United 61%
Shots: Palace 5 United 2
Shots on target: Palace 4 United 1
Corners: Palace 4 United 2
The home side again started brightly after the interval, although neither team managed to create any noteworthy openings early on, with both defences standing strong. Much of the game was being fought out in the middle of the park, prompting van Gaal to freshen things up, with the introduction of Ashley Young and Marouane Fellaini. The changes appeared to spark Palace into life, however, as Cabaye spurned a great chance to put the hosts ahead, dragging a volley wide from six yards. 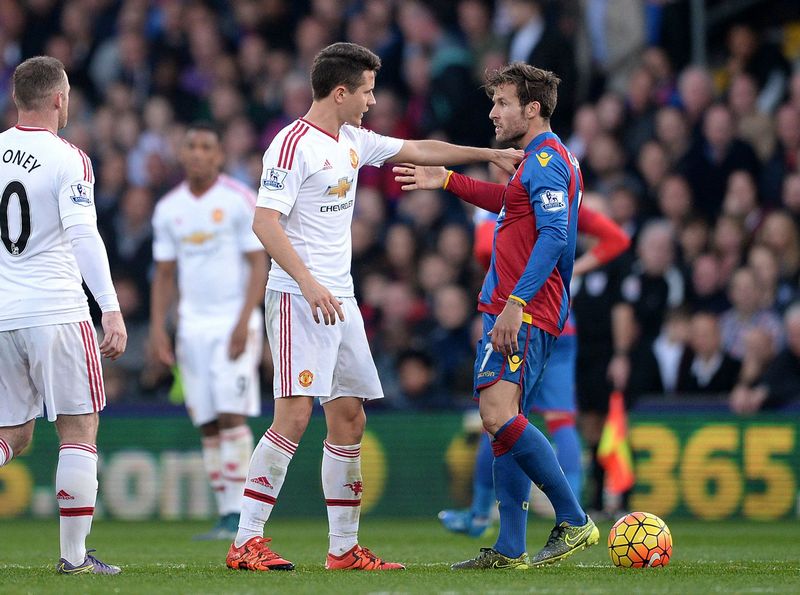 While Herrera’s claims for a penalty were waved away during a rare opening for United, the Eagles continued to press for a goal, and were almost rewarded on 76 minutes as Dann’s header dropped narrowly wide. With the Reds stretched, Gayle again tested De Gea just moments later after Young's last-ditch tackle on Bolasie, only for the stopper to save with his legs. 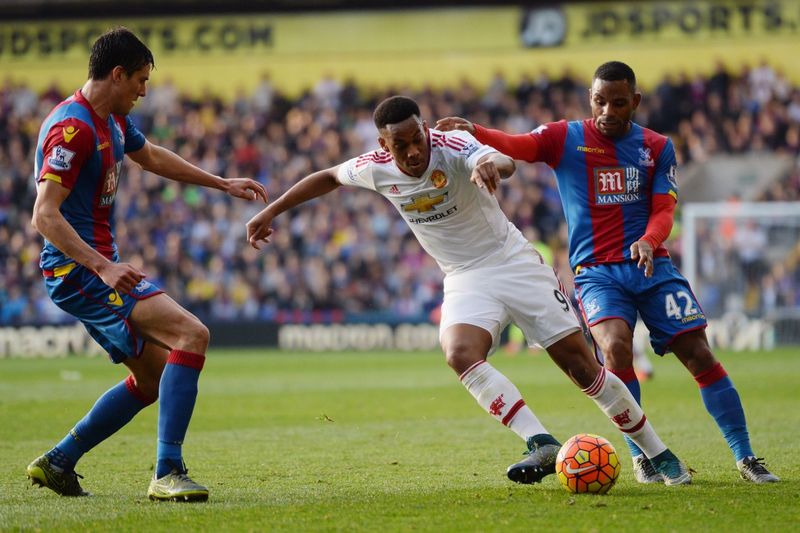 A speculative effort from Rooney sailed over the bar as United went in search of a late winner, but it was Palace who almost took all three points, as Bolasie's header zipped over the crossbar. United could have little complaint about the result although Martial did have a shot charged down from substitute Jesse Lingard's header into the danger zone.

VIEW FROM THE DRESSING ROOM

Louis van Gaal: "After the match against Middlesbrough, I thought we’d created a lot of chances to finish and then it’s more concerning. Nevertheless, today we had chances we could finish and then you can win this game. We have to improve that."

Morgan Schneiderlin: "It’s frustrating when you don’t win games. But we have the players to score goals and we will score goals. It’s not a worry for me. It will come if we keep believing."

#MUFC were held to a third successive goalless stalemate, on a frustrating afternoon against Crystal Palace.