Ryan Giggs has revealed his excitement to be given the opportunity to work alongside and learn from new Manchester United manager Louis van Gaal.

The legendary midfielder hung up his boots at the end of last season after making a club record 963 appearances for United - winning 13 Premier League titles, four FA Cups and the Champions League twice during his illustrious playing career.

He took the first step on his coaching career last summer when David Moyes appointed him to his back room team - but upon Moyes' dismissal in April, Giggs was thrust into the Old Trafford hotseat as he took over the helm as caretaker manager for United's last four games of the season. 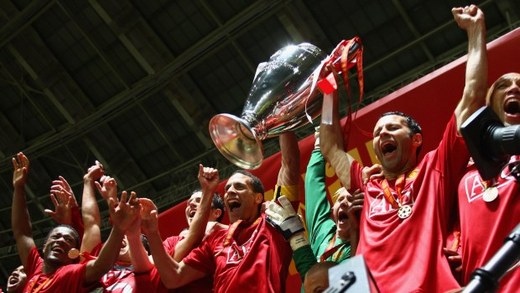 The 40-year-old has been at St. George's Park this week as he completes his Pro Licence coaching badge, and he sat down with TheFA.com for an exclusive interview as he gave a unique insight into his managerial philosophies and what it's like to be in charge of one of the world's biggest clubs.

"When I took the job there were a lot of things that I was quite happy with, but there and was the odd thing where I thought ‘I’m not quite ready for this’. Well it wasn’t that I wasn’t ready for it, but I could do with a little bit more experience," revealed Giggs.

"I have gained that experience from Sir Alex [Ferguson] but last year I was still playing so I wasn’t really focused on the coaching and the other side of things.

"This year I can put everything into it and learn from someone who has managed at the top in so many other countries. It has been a good thing that I have been with Sir Alex for so long but also I am now getting to see how other people work as well. I got a taste of David Moyes and now Louis Van Gaal this year."

Giggs guided United to two wins and a draw from his four-match spell in charge, but he admitted he found it tough initially as he took a step back from the training pitch to the sidelines.

"Yeah, I mean there was just so much to do. Before training you are in at half seven and by the time half ten had come you were knackered.

"Because I was still a player I just wanted to make the players aware that I was the club manager and get that distance away from them initially to say ‘I am not joining in training, I am looking to see what you are doing’. You can’t really do that if you are getting involved.

"Initially that was my feeling – not get involved with training and see how they were all performing. The majority of the lads were all fit so I had plenty to choose from so I wanted to get a good look. If you are involved and in the middle of it you don’t quite get the same look." 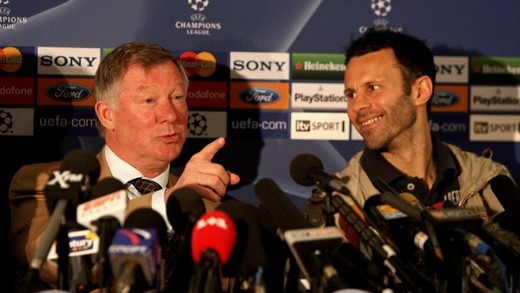 Giggs, much like his former manager Sir Alex Ferguson, showed he was not afraid to give youth its chance during his brief tenure in charge. He handed two of United's youngsters their debuts in the final home match of the season, and his faith was rewarded as James Wilson scored twice and Tom Lawrence produced a fine display during a 3-1 victory over Hull City.

And as he gave an insight into his philosophy, Giggs revealed that he believes age has no bearing as long as the ability and dedication is there.

"I was lucky in the respect that I could get that balance right with really top, top players and throw a young player in at United. I had that cushion, that luxury of doing that but I have grown up with that philosophy so I am not going to just throw it away.

"I was a youngster once and I got given a chance and that is what it is all about as a young lad – if you get given a chance then you have got to take it. James certainly did and Tom did brilliantly as well.

"I was really pleased for them but I didn't just throw them in - I actually watched them play and train the week building up to that and they didn’t look out of place - so if you are good enough then you are old enough."

And on the subject of youth, the conversation soon shifted to England and their World Cup disappointment. Giggs believes that Roy Hodgson does have a number of talented youngsters at his disposal for the European Championship qualification campaign which begins in September, but keeping some of the more experienced heads in the squad will also be vital to their future.

"There has been a lot of talk about young players for the England national team. There are definitely young exciting players there but the thing that you have got to get right is the balance.

"When I came through for the class of 92 we had Bruce, Robson, Pallister, Hughes, Ince. We had men already in the team, we didn’t just come in as a youth team and win everything.

He continued: "You have got to get that balance right so it will be interesting to see what the likes of Lampard and Gerrard do because I am sure that the young players have learnt from watching them and how they perform on and off the pitch.

"It is something that England have got to get right because they have got exciting young players but you need to get that balance right with experience as well."

That word 'experience' has been used a lot this week by the candidates at St. George's Park.

On Thursday, Giggs looked right at home out on the pitches as he put on a training session for youngsters as part of his practical assessment for the Pro Licence.

And the skills and experiences picked up whilst taking his badges have proved vital according to the former Welsh international.

"It did help me. It helped me in gaining confidence in speaking in front of the players and putting on meetings and structuring the week regarding training.

"There are little bits and pieces that we have done on the course that you can obviously take into the job.

"As it goes on you get used to the people you are with and get more confident in doing stuff in front of them. There is still that nervous element because I am still quite new at this sort of thing. But it helps when you have got fellow students around you that you have got to know over the past few months." 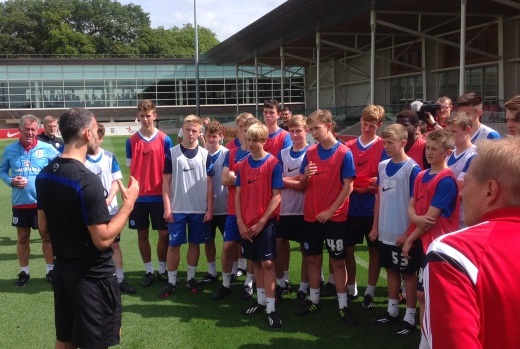 Giggs at St. George's Park during the Pro Licence

And it's not only the action on the pitch it prepares you for either according to the 2009 PFA Player of the Year.

He added: "Football should be the number one priority but sometimes it isn’t. I was only there three weeks and some of these lads have been managing for years.

"You get pulled from pillar to post and you can’t switch off – you are constantly thinking – where as a player you just train, relax and get ready for the game.

"It is so much different. As a manager you are thinking about things 24/7 and this course definitely helps you get to grips with that."

Giggs has enjoyed a career at the top - but he is wise enough to know that not everyone in the game is as fortunate to work at that level. And with his fellow Pro Licence candidates including a host of names from all levels of football, Giggs says hearing their stories is one of the key things he'll take away from the week.

"That has been a big part of the course. If you ask anyone - 'what is the number one thing you got out of the course’ - it is probably just mixing with the other lads with the different experiences that they have gone through.

"You can take something from those experiences if it ever happens to you. The main thing is when everything is going well it’s great but it is when things are going wrong that you can gain experience from these lads who have, maybe, lost their job or had to come back from disappointment and how they have handled it.

"It has been great mixing with the lads and hearing the different stories and experiences."